Reading about Andy Murry’s recent hip replacement surgery at age 31 led me to reflect on some of the younger patients I see at Physioplus with hip pain.

These younger patients often have ‘hip impingement’ – where the neck of the thigh bone (femur) jams against the rim of the socket (acetabulum). Known as FAI or femoral acetabular impingement this condition is exacerbated by running sports involving pivoting or cross over movements. There are often underlying bony changes in hip anatomy or muscular imbalance that can increase the likelihood of hip impingement with these activities.

Clinically we can advise if the problem is simply muscular or a more complex joint problem in which case XRays are required to look for contributing factors like CAM lesion, osteophytes or hip dysplasia. With an understanding of the cause of hip impingement advice on activity modification along with flexibility exercises to open the hip and strengthening exercises for hip stability can result in resolution of hip pain within months.

Failure to recognize the impingement and repeated jamming of the hip joint can lead damage to the articular cartilage leading to disability and requiring a joint replacement as is detailed in the following extract from an article in the Globe and Mail.

A hip operation is no longer just a sign of old age. When Andy Murray announced the extent of his hip problem, it made front-page news. Last week the 31-year-old posted images of himself on social media after a hip resurfacing operation: “A bit battered and bruised but I now have a metal hip.”

It’s not just professional sportspeople who are suffering.

“There are definitely a lot more people having hip surgery at a young age,” says Vivek Gulati, a consultant orthopaedic hip surgeon at the London Clinic.

A combination of reasons is often to blame, says Gulati.

“Genetics, anatomical issues and being overweight are factors for some people, but so is general wear and tear from physical activity and the fact people are playing serious sports and getting injured at a young age.”

So what can you do about preserving the health of your hips?

“Certain sports will put more pressure on hips than others,” says Derek Ochiai, a leading orthopaedic surgeon who treats many of America’s top sports stars.

“Ballet is a very hip-intensive activity. But so are football, basketball and tennis — basically any sport that involves jumping and twisting. For most of us, cutting back on these sorts of activities can extend the life of our hips.”

Some sports are better for you than you might think. Running, for example, has been shown to protect rather than harm joints.

“We conducted a large meta-analysis of runners and found no proof that it causes osteoarthritis of the joints,” says Mark Batt, principal investigator at Arthritis Research UK’s Centre for Sport, Exercise and Osteoarthritis, led by Nottingham University Hospitals NHS Trust.

“It can be protective.”

What is known is that cartilage acts as a shock absorber and has the job of cushioning our joints, so when it thins or wears away because of injury, the pain of bone on bone can be debilitating.

“We see a lot of hip problems in sports like rugby, where a tackle can cause serious damage to the hip joint, unlocking cartilage and starting an osteoarthritic episode,” Gulati says.

Studies have shown that after a hip injury, osteoarthritis is often evident in X-rays within a decade, causing such soreness and inflammation that the joint needs to be replaced.

Rayman says obesity is among the main risk factors for joint problems — the more you weigh, the greater the pressure on your joints, which can exacerbate wear, tear and damage. A 2010 review suggested 27 per cent of hip replacements might be linked to people being overweight.

“Obesity is a pro-inflammatory condition and a high BMI has been linked to the production of inflammatory proteins and low-grade inflammation,” she says, “but being overweight also causes abnormal loading of the joints.”

When you walk, your joints bear a force equivalent to three to six times your body weight — and it’s more when you run or jump. It follows that losing surplus body fat will help protect your hips. Every little bit helps. Studies have suggested that a single kilogram of weight loss can remove 6kg of pressure from the hips.

One supplement that may help is fish oil capsules because the omega 3 fatty acids they contain have led to improved pain and function scores in some patients with osteoarthritis in the hips.

“A higher dose does not seem to be more beneficial,” she says.

In general, though, don’t spend money on supplements marketed as helpful for healthy joints because few have any convincing evidence to support them.

“There are a whole load of supplements people think are beneficial for hip pain, including glucosamine and chondroitin, rosehip and turmeric, although few studies suggest they work for this particular issue,” Batt says.

Although there’s no confirmed link between better flexibility and a reduced rate of hip osteoarthritis, Gulati says

“Mobility and flexibility are important as they prevent the hip joint from stiffening and becoming locked,”

“A stiff hip joint means it moves through only a 120-degree arc rather that the full 360 degrees, and that in turn means loading on the hip is intensified. Your aim is to use the whole ball and socket joint, and regular flexibility classes will help to achieve this.”

“Getting the muscles of your abdominal area super-strong will help offload the pressure on your hips when you run, jump and walk,” Rayman says.

Cycling is among the best activities for reducing hip pain, by strengthening muscles around the hips. A study by Robert Middleton, head of the Orthopaedic Research Institute at Bournemouth University, showed 30-minute sessions on an indoor bike can improve mobility and reduce pain in people suffering hip arthritis. Middleton developed the six-week Chain (cycling against hip pain) program in 2013 and says more than “70 per cent of those who have completed it have less pain and have avoided surgery”.

Participants in the program do graduated half-hour bike sessions in which the cadence (pedalling rate) and resistance are altered according to their fitness level.

They are then encouraged to continue cycling, with follow-ups at six and 12 months to monitor their level of hip pain. Middleton describes it as the “go-to, first-line treatment for hip pain”.

Request Callback Complete the form, and we'll call you back!

Book an Appointment for the next business day using the form below.

Each weekday, PhysioPlus keeps two appointments available for patients with acute problems - at 11am and 1pm. Use this form to book a time for the next business day, OR request a day and time that suits you.

We will contact you before 9am to confirm your appointment.

We will call you the same day if within office hours or the following business day before 9am to confirm your appointment time. 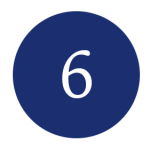 “After two sprained ankles within twenty-four hours of one another, intensive physiotherapy got me off crutches and to an overnight snowshoe camp and European soccer tour within weeks.” 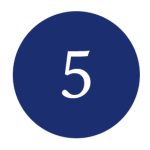 “I was referred to Ross by my doctor, originally, for treatment of shin splints. When Ross could see my progress was not as expected, he communicated with my doctor regarding the possibility of a tibia fracture – a subsequent CT scan confirmed it was. Thanks to Ross’s professional experience and keen attention to underlying symptoms, my injury was more accurately diagnosed and is now, with his physio support, healing well. Ross’ quiet sense of humour and steady encouragement have made my physio treatment experience very positive”. 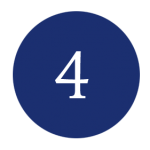 “Ross took the time to understand the impact heel pain had on my activities and analyze the mechanics and footwear that aggravated the pain. With therapy and the custom orthotics he prescribed and recommended footwear I was able to happily stroll through the villages and countryside of Italy this Summer.” 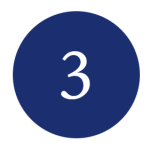 “My experience at PhysioPlus was extremely positive. 3 days after tearing my ACL playing soccer I had my first visit. I walked in on crutches and was wearing an immobilizer knee brace for stability. Ross was able to help me regain confidence to bear weight on my injured leg and I was able to walk out with the crutches in one hand and the knee brace in the other.

Ross was able to confirm from his assessment of my knee that I had, in fact, ruptured my ACL which had not yet been confirmed, being prior to an appointment with the orthopaedic surgeon or an MRI.

Ross had me work through a program pre-surgery to regain as much mobility and stability I could without having the ACL intact. After the reconstructive surgery was completed we worked through a program to continue to increase mobility and strength. Having access to the exercise room complete with equipment was extremely helpful. Ross was able to explain and demonstrate how to effectively work through the exercise routines.

Within one year of my surgery I have returned to running and have started some hiking. I would highly recommend PhysioPlus to anyone requiring treatment. The atmosphere is calm and everyone is extremely friendly and caring.” 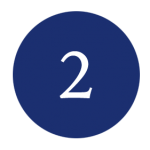 “After completing an extensive painting project, I ended up with a frozen right shoulder, which was extremely painful and debilitating. This is when my introduction to Physioplus occurred. My physiotherapist, Ross Baines, was instrumental in getting me back to good health. Ross used various interventional techniques to encourage movement in the shoulder joint, always providing me with ample information about each. He was always professional and communicated thoroughly with the rest of my medical team. I have every confidence that the care Ross provided expedited my return to normal activity. I would not hesitate to recommend Ross and the entire team at Physioplus!” 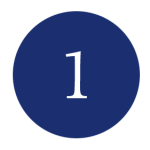 “Most highly recommended for physio and rehab. Ross is a knowledgable and caring practitioner, going above and beyond to help you. Easy going personality and very supportive. Ross is easy to talk to with incredible results. A+ from me.”